Xel-Ha and Xcaret are two of the most popular and well-known eco parks in the Riviera Maya, and for good reason. They both offer a beautiful experience that is unique to the area, fun for the whole family, and a sure way to create lasting memories. Although these two parks are operated by the same company, they offer different experiences that may be hard to understand.

As such, we’ve created this post to help you look at Xel Ha vs Xcaret, and which one may be a better fit for your adventure. We will compare attractions, costs, food, bringing kids, and more. If you have any questions about the two, please don’t hesitate to reach out to us on our contact page. You can also book a tour to visit both Xcaret and Xel Ha to save some money ans get to see both on the Experiencias Xcaret website.

Staying in Playa del Carmen? Be sure to check out our favorite hotels in Playa!

Neither Xel Ha nor Xcaret are simply better. Instead, each have their benefits and downsides. Located between Akumal and Tulum, Xel-Ha is a park that has amazing snorkeling, a fair amount of free activities, and things to do for the whole family. It made our list of 7 Amazing Things to do in Akumal, and is definitely worth checking out. A few of the notable advantages of Xel-Ha over Xcaret are:

Xcaret, on the other hand, is a park that doesn’t focus primarily on the water and swimming. It made our list of our favorite Playa del Carmen Tours, and for good reason. The activities span a wider range, and there are things to do that don’t involve being in the water as much. Xcaret is often a bit more crowded, but covers a large area. Here are a few reasons you may consider choosing Xcaret over Xel-Ha:

The Difference Between Xel-Ha and Xcaret

Xel Ha and Xcaret are two parks that have many similarities and quite a few important differences. First, Xel Ha is a bit cheaper. Tickets to get in are more economical many times, depending on the season.. Furthermore, when you get in the park, there are more free offerings. Food is included, and you can snorkel or ride bikes for no additional cost. There are still activities with added costs at Xel-Ha (as there are at Xcaret), but you can do much more for less.

Next, the general vibe of Xel Ha and Xcaret are different. Xel Ha is more about being in the water, snorkeling, jumping off cliffs, and seeing the fish. It’s beautiful with clear waters, and an ideal location to spend your time. Xcaret is also an eco park, but it’s not as focused on just observing nature. You can see old Mayan villages, find live entertainment, see animal habitats, see recreations of chapels and towns, and much more. Xcaret is essentially a more active park while Xel Ha is a more relaxed place.

Xel Ha vs Xcaret with Kids

If you’re wondering if Xel Ha or Xcaret is better for your kids, here are our thoughts. If you want to be more active and give your kids entertainment, Xcaret is the right choice. If it’s toward the end of your vacation or you want a relaxing day, Xel-Ha is the place to go. It really depends on what your kids like. The animals, recreated areas, and entertainment make Xcaret a lot of fun and stimulating for kids. They’re unlikely to get bored, and there’s always something else to see and do.

Xel Ha or Xcaret for Adults

For adults, it depends again what you want to do. For those new to the eco-parks in the area, we usually recommend Xel-Ha for adults. Xel-Ha is a bit more laid back, romantic, and you will get more time to just be together. Whether you’re going with your partner or a group of friends, Xel-Ha usually provides more than enough activities and relaxation to keep you happy all day long.

Pricing at Xel Ha and Xcaret

As already mentioned, Xcaret has more added costs than Xel-Ha. Food is included as part of the cost at Xel-Ha, so this saves you money pretty quickly. Included in the entrance fee at Xel Ha is some alcohol consumption as well, which can be an even bigger saver of your wallet. If you’re looking flat-out at price, Xel-Ha is the easy winner here.

Food in the Parks

In our opinion, the food is better at Xcaret. However, neither are bad. Xel Ha and Xcaret are run by the same people, so the food is basically the same. However, there are generally more options at Xcaret. Both eco-parks serve food in a buffet style and have snack bars. At Xel-Ha, the buffet is included or you can pay to eat from the snack bar. At Xcaret, both cost money, with the buffet running around 30 USD a person. Overall, the food experience at Xel-Ha is better in our opinion because of the ease and no-extra-cost offering.

Deciding Xel Ha vs Xcaret for You

It can be hard to make a final decision. Don’t overdo the thinking process. Both parks are awesome, and you can’t go wrong either way. Whichever you choose, you’re bound to have some fun. If you’re unsure, flip a coin. Go to one or the other, or go to both during your stay! Remember there are also many other parks like Aktun Chen and the new park Xavage worth checking out as well! 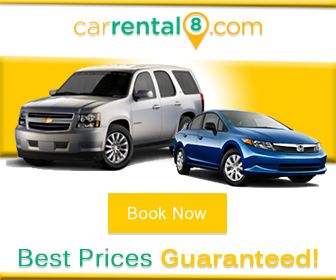 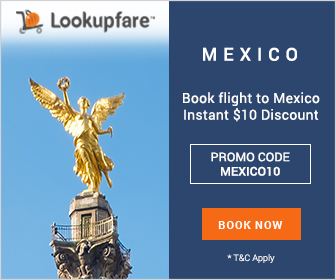